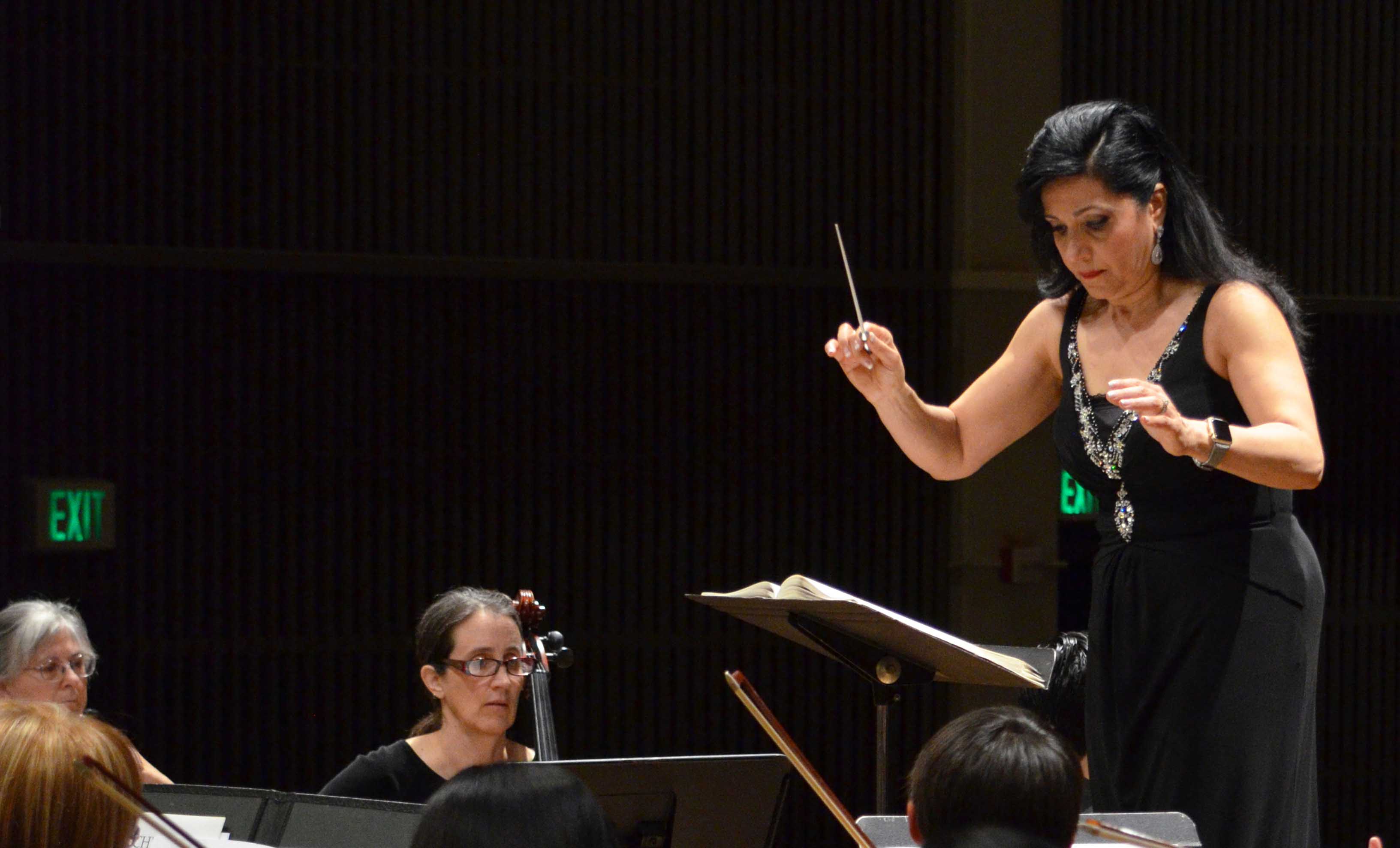 Raise your voice and join the chorus for this year’s “Messiah Sing-Along” at El Camino College, set for 7:30 p.m. Dec. 6 in the Campus Theatre.

The free performance is a longtime El Camino College tradition that packs the house each year. A full orchestra comprised of professional musicians, ECC and high school students, and community instrumentalists is ready to accompany four professional soloists and the chorus, which is the audience!

Conducted by professor Joanna Medawar Nachef, El Camino College’s director of choral activities, the singalong event features George Frideric Handel’s beloved “Messiah” masterpiece, composed in just 24 days. Everyone is invited to sing with the orchestra, organ, and professional soloists, or sit back and enjoy the concert. Participants can bring their own score or pick one up at the door.

Kevin Blickfeldt, bass, is director of vocal studies at El Camino College and is also an accomplished performer and vocal instructor. He has performed around the world and is a founding member of VOX, an operatic quartet that made its first public appearance on the TV program “America’s Got Talent.”

Jon Keenan, tenor, became a member of the Los Angeles Master Chorale in 2007 and has been featured as a soloist at Walt Disney Concert Hall in each season since. Recent highlights with LAMC include the role of “Evangelist” in Bach's “St. Matthew Passion” and “Magnificat.”

Darryl Taylor, countertenor, is a faculty member at the University of California, Irvine. He has worked with orchestras in the United States and in Europe, and has performed with the Long Beach Opera, appeared at New York’s Carnegie Hall; and sang in Havana, Cuba and Shanghai, China.

Erin Wood, soprano, is an ECC faculty member who has been praised for her portrayals of Verdi and Wagner heroines featuring her “soaring soprano,” and “immense voice full of grit at the bottom and transcendent radiance at the top.” She joined the roster of the Metropolitan Opera in New York City in 2004.

Organist Kenner Bailey has worked within a wide range of genres throughout his varied musical career. His creative ventures have included performing everything from classical and Broadway to most forms of commercial music. He earned a bachelor’s degree from Truman State University and a master’s degree in piano from USC.

Professor Nachef is an internationally acclaimed choral conductor who has made several Carnegie Hall appearances. She is founder and artistic director for the Joanna Medawar Nachef Singers, and choir director at Peninsula Community Church. The dynamic maestro was also recently appointed as artistic director/conductor for the newly formed Torrance Pops Orchestra. Nachef earned a doctorate in musical arts and a master’s degree in choral music from USC, in addition to a bachelor’s degree in piano performance from California State University, Dominguez Hills.