The El Camino Community College District (ECCCD) Board of Trustees adopted new Trustee Areas at its February 21 meeting and has changed from "at-large" to "by-trustee area" elections. A map of the new trustee areas is available here.

The ECCCD board submitted the new trustee areas to the Los Angeles County Registrar Recorder's Office in order to impact the November 2013 election.

The Board of Trustees initiated discussions in Fall 2010 regarding the procedures required to modify trustee area boundaries and change from "at- large" to "by-trustee area" elections. The redistricting process included establishing an ECCCD Boundary Review Committee to guide the effort, which utilized 2010 census data to ensure each area was representative of the District's constituents.

In addition, the BRC scheduled five Public Forums this past fall to gather input from the community. Residents were also able to attend BRC meetings, add comments online via the college's website, and create and submit maps indicating their communities of interest through an online interactive redistricting map. In addition, the public was invited to attend and provide input at a BRC meeting in January in the Board Room. Finally, a Public Hearing was conducted at the February board meeting.

The new boundaries were drawn by a mapping consultant from Caldwell Flores Winters, Inc., based on recommendations provided by the BRC members and comments from the community. 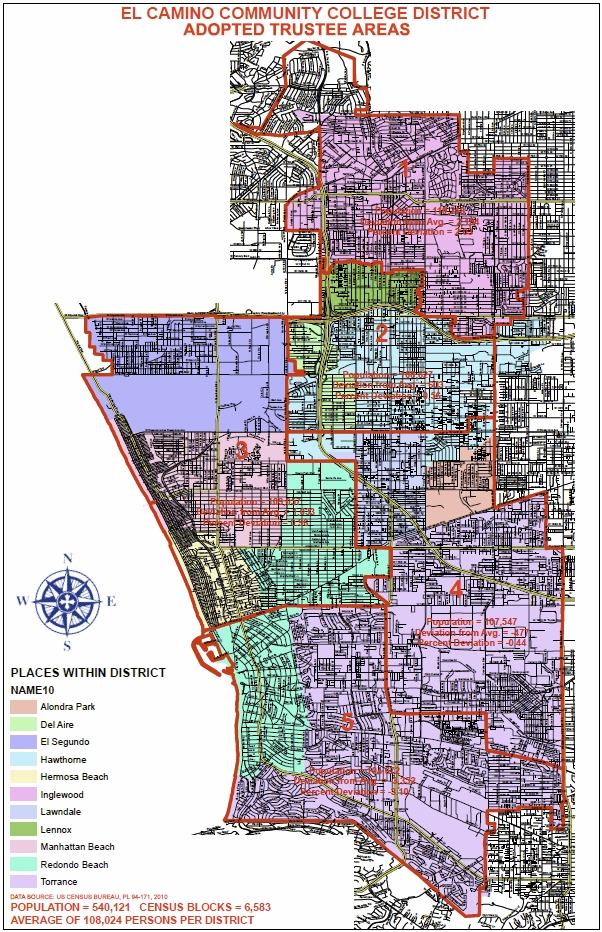