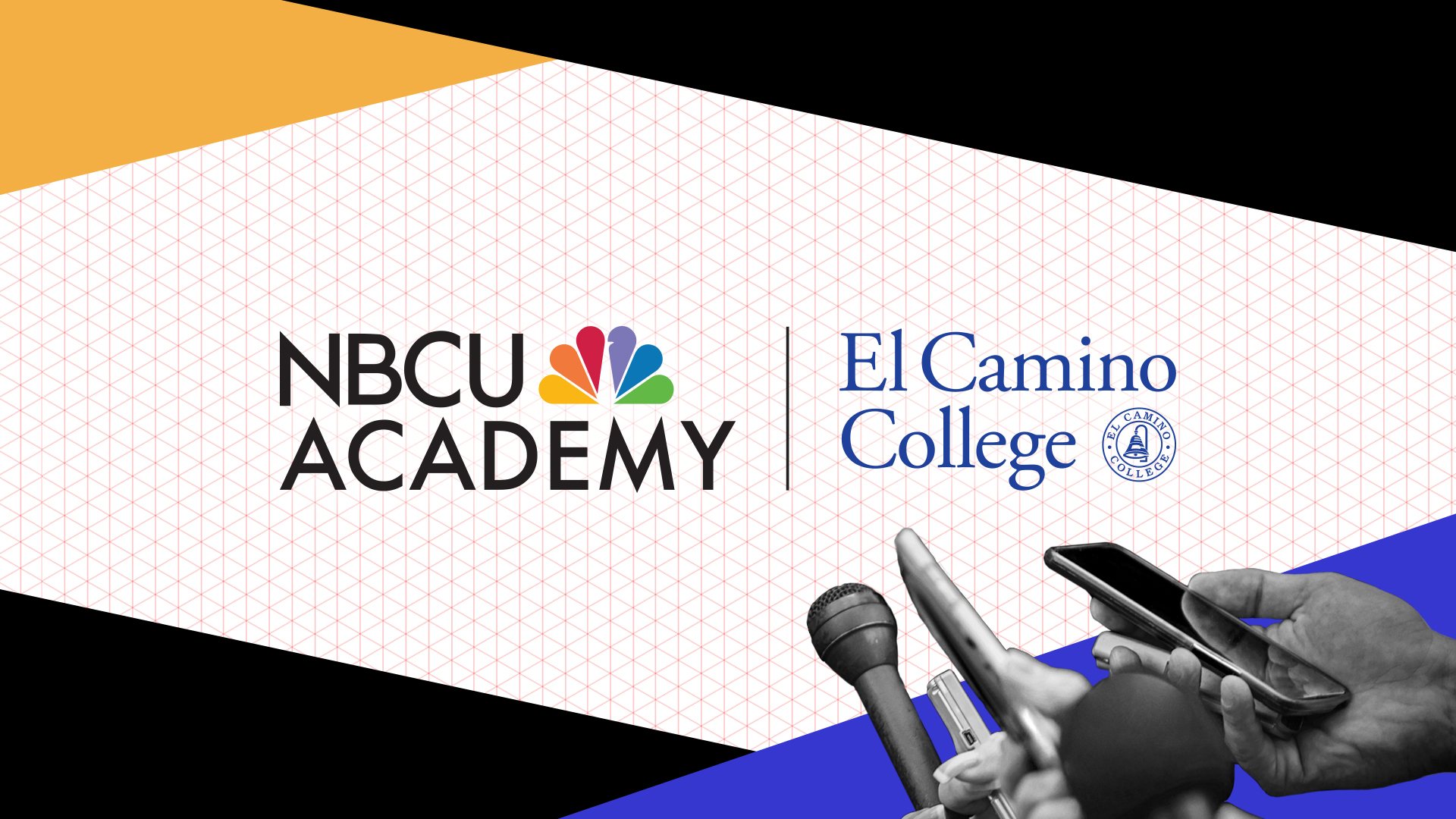 El Camino College is the only community college in California to join 16 other colleges and universities nationwide in the new NBCU Academy, an innovative multi-platform journalism training and development program for university and community college students through education, on-campus training, and online programming.

This opportunity will further enhance El Camino’s outstanding journalism program, whose student-produced publications, The Union newspaper and Warrior Life magazine, are honored regularly with state and national awards for writing, photography, and design.

The new initiative, launched by NBCUniversal News Group, includes a curated on-site curriculum for hands-on learning experience with NBCU News Group journalists, funding for accredited journalism programs, and scholarships. NBCU Academy will invest a total of $6.5 million to the initiative, including scholarships worth $3.5 million over the next two years.

In addition to providing equipment and collaborating with professors to develop seminar courses, NBCU News Group journalists, executives, and management from editorial and production teams across NBC News, MSNBC, CNBC, and Telemundo will participate as guest lecturers to provide real-world insight and mentorship.

"At El Camino College, we’re committed to providing our students with real world, hands-on learning experiences. Our journalism program, which already enjoys an excellent reputation, will be even better positioned to prepare students for success thanks to the NBCU Academy partnership.”

“Creating an inclusive culture for journalism that represents the communities we serve is at the very core of what we do,” said NBCU News Group Chairman Cesar Conde. “Through NBCU Academy, we have the opportunity to widen our extraordinary legacy by building on-ramps for a talented generation of journalists and storytellers who for so long may have been overlooked.”

El Camino College is one of two California institutions of higher education in the program. California State University, Fullerton is also participating.