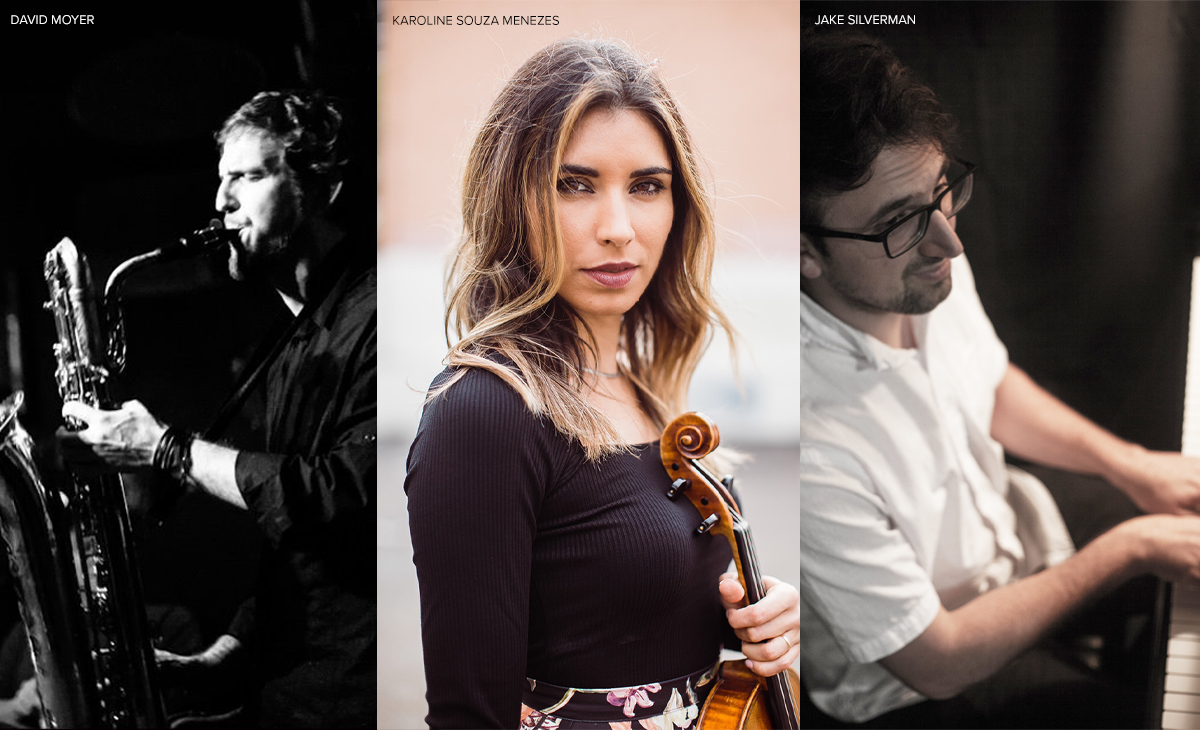 El Camino College faculty member Jake Silverman won a 2022 Grammy Award on April 3 for an arrangement he made with Charlie Rosen and the 8-Bit Big Band called “Meta Knight’s Revenge” based on the 1990s video game Kirby Superstar. The award is just one of several accomplishments from El Camino’s music faculty this month.

Silverman’s musical composition won in the “Arrangement, Instrumental Or A Cappella” category and features the original arrangement by Silverman, as part of his “Button Masher” project. In the award-winning work, the 8-Bit Big Band brings a full orchestra to expand the piece, with some blazing horn lines complementing Button Masher’s re-harmonizations. Through Button Masher’s multimedia work, Silverman brings together video game music, jazz, and other genres. He uses the Ableton Live digital audio platform to recreate and utilize the sound design of retro video games.

After playing classical and jazz piano and organ from an early age, Silverman earned a bachelor’s degree in jazz performance from Oberlin Conservatory of Music, a master’s in jazz performance from the Manhattan School of Music, and a doctorate in jazz studies performance from USC. He has studied and worked with jazz legends such as Dan Wall, Billy Hart, Gary Bartz, Jay Ashby, Phil Markowitz, Jim McNeely, Dave Liebman, Alan Pasqua, Russell Ferrante, Bob Mintzer, Peter Erskine, and others. He continues to perform at a number of venues in the Los Angeles area. Silverman’s music is accessible through his _buttonmasher Instagram page, which links to Spotify, Bandcamp, and YouTube.

Another El Camino Music Department faculty member was also busy this awards season. Violin/viola applied music instructor Karoline Souza Menezes joined Beyoncé at this year's Oscars in a spectacular performance that opened the show. Menezes was part of an orchestra that played the Oscar-nominated song “Be Alive” from the film “King Richard” in the Compton tennis court where Venus and Serena Williams practiced early in their careers. Menezes also performed during the show with Billie Eilish and her brother, Finneas O’Connell, offering a live rendition of “No Time to Die” from the 2021 James Bond film of the same name.

In addition to the Academy Awards, Menezes’ work has been featured on “Jimmy Kimmel Live,” “The Tonight Show Starring Jimmy Fallon,” and “The Ellen Show.” She has also recorded for various music, television and film projects including “Crazy Rich Asians,” “The Lego Movie 2,” “Mulan,” “Creed,” and many more. Artist collaborations include Elton John, Eminem, Shawn Mendes, The Eagles, The Weeknd, Mary J. Blige, Andrea Bocelli, and David Foster, to name a few. She has a master’s degree in music performance from USC, and a bachelor’s degree from Azusa Pacific University.

At El Camino, Moyer is also director of jazz studies, director of instrumental music, and the coordinator for applied music. He is a Los Angeles native who earned a bachelor’s degree in music performance from UCLA and a master’s and doctorate in jazz studies from USC. He has worked for the nonprofit Harmony Project and is dedicated to ensuring equitable access to education. Moyer played saxophone on Jimmy Cliff’s Grammy-winning 2012 album “Rebirth” and has worked in the recording studio with artists and groups such as U2, Twenty One Pilots, Kamasi Washington, Terrace Martin, Snoop Dogg, Gary Clark Jr., and Iggy Pop. He has also toured with the Gerald Wilson Orchestra, Big Daddy Kane, and Tears for Fears, among others. At El Camino, he has produced several virtual events during the pandemic to keep students connected through music education and looks forward to coordinating the annual Jazz Festival.