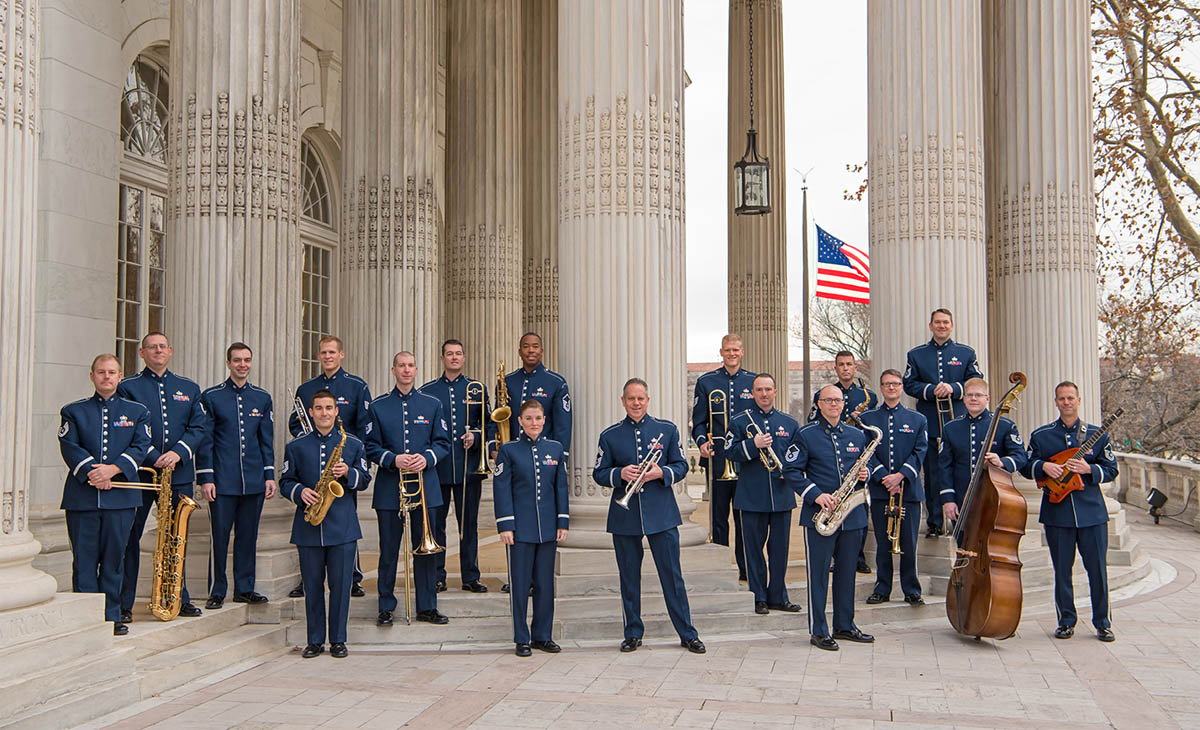 The El Camino College Center for the Arts will present a FREE concert featuring the Airmen of Note, the United States Air Force’s premier jazz ensemble. This special concert is scheduled for 3 p.m. Nov. 20 in Marsee Auditorium.

One of six musical ensembles that comprise the U.S. Air Force Band, the Airmen of Note was established in 1950 to continue the tradition of Major Glenn Miller’s Army Air Forces dance band. Stationed at Joint Base Anacostia-Bolling in Washington, D.C., the current band consists of 18 active-duty Airmen musicians including one vocalist.

Through the years, the Airmen of Note has presented its own brand of big-band jazz, as well as more contemporary forms of jazz, to audiences across the United States and around the world. Their commitment to musical excellence has earned the respect of the foremost jazz artists, leading to many collaborative performances and recordings with such luminaries as Dizzy Gillespie, Joe Williams, Sarah Vaughan, and Doc Severinsen.

In 1990, the Airmen of Note established the Jazz Heritage Series, featuring the “Note” in concert with legendary icons of jazz. The Jazz Heritage Series is broadcast to millions over National Public Radio, independent jazz radio stations, satellite radio services and the internet. In addition, the “Note” produces and delivers recorded music to millions of fans worldwide through hundreds of media outlets. One of the group’s holiday recordings, “Cool Yule,” reached No. 2 on the JazzWeek jazz chart.

The Airmen of Note honors those who have served, inspires American citizens to heightened patriotism and service, and positively impacts the global community on behalf of the U.S. Air Force and the United States.

Admission is free for this special event, but tickets are required and may be obtained via www.centerforthearts.org using the online ticketing system. Campus parking is free for this concert; no permit required. El Camino College is located at 16007 Crenshaw Boulevard, Torrance. COVID-19 safety protocols are in place: www.elcamino.edu/campus-life/arts/.

El Camino Community College District encourages persons with disabilities to participate in its programs and activities. If you anticipate needing any type of accommodation, or have questions about the physical access provided, please contact the Center for the Arts as soon as possible, but no later than seven days prior to the event.