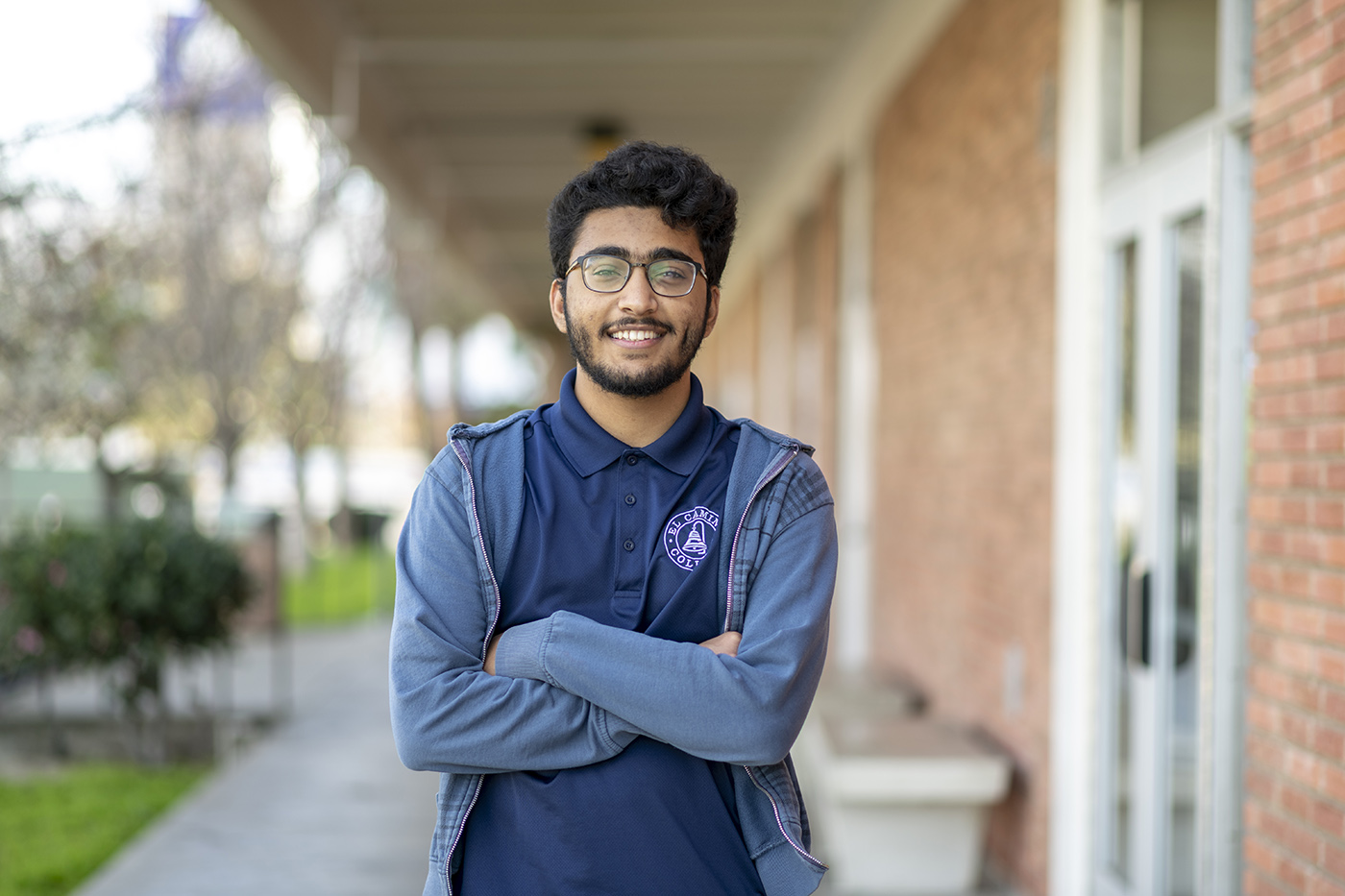 El Camino College math major Adil Hussain was named a semifinalist for the highly selective 2020 Jack Kent Cooke Foundation Undergraduate Transfer Scholarship. This year's 456 semifinalists were chosen from a pool of nearly 1,500 applicants attending 311 schools in 45 states and the District of Columbia. Scholarship recipients will be announced in April.

"While I feel I am already super privileged to even be a semifinalist for this very prestigious scholarship, becoming a Cooke scholar would be amazing," said Hussain, who plans to graduate this spring and transfer to a University of California campus in the fall. "Being a part of this group is really important to me because I am looking for the same community and support at my future university that I found at El Camino."

Hussain first enrolled at El Camino College two years ago at 16, looking for new academic challenges and opportunities for leadership, in addition to activities such as club involvement and community service. As a younger student, he was worried that he wouldn't fit in, but he quickly made friends and found the community he was looking for. The outstanding student is a member of El Camino's Honors Transfer Program, MESA, and the Ambassador program. He is also on ECC's powerhouse forensics team, which broke records last spring after earning three national titles and a national championship. Hussain said that being a part of all these groups has made a difference in his college experience.

"After leaving high school early I was scared that I wouldn't be successful at the collegiate level, but because of El Camino's massive support for its students, ranging from support programs to amazing faculty, it was a space where I learned and grew into the person I am today," he added.

Hussain plans to pursue a career in data analysis and teaching on the community college level. He said the professors at El Camino have made the biggest impact on his college experience, and he would like to do the same for students one day.

"The best thing about El Camino College has to be its faculty," he said. "While highly qualified in their respective departments, each professor also shows empathy toward students and connects on a personal level, something you won't find anywhere else."