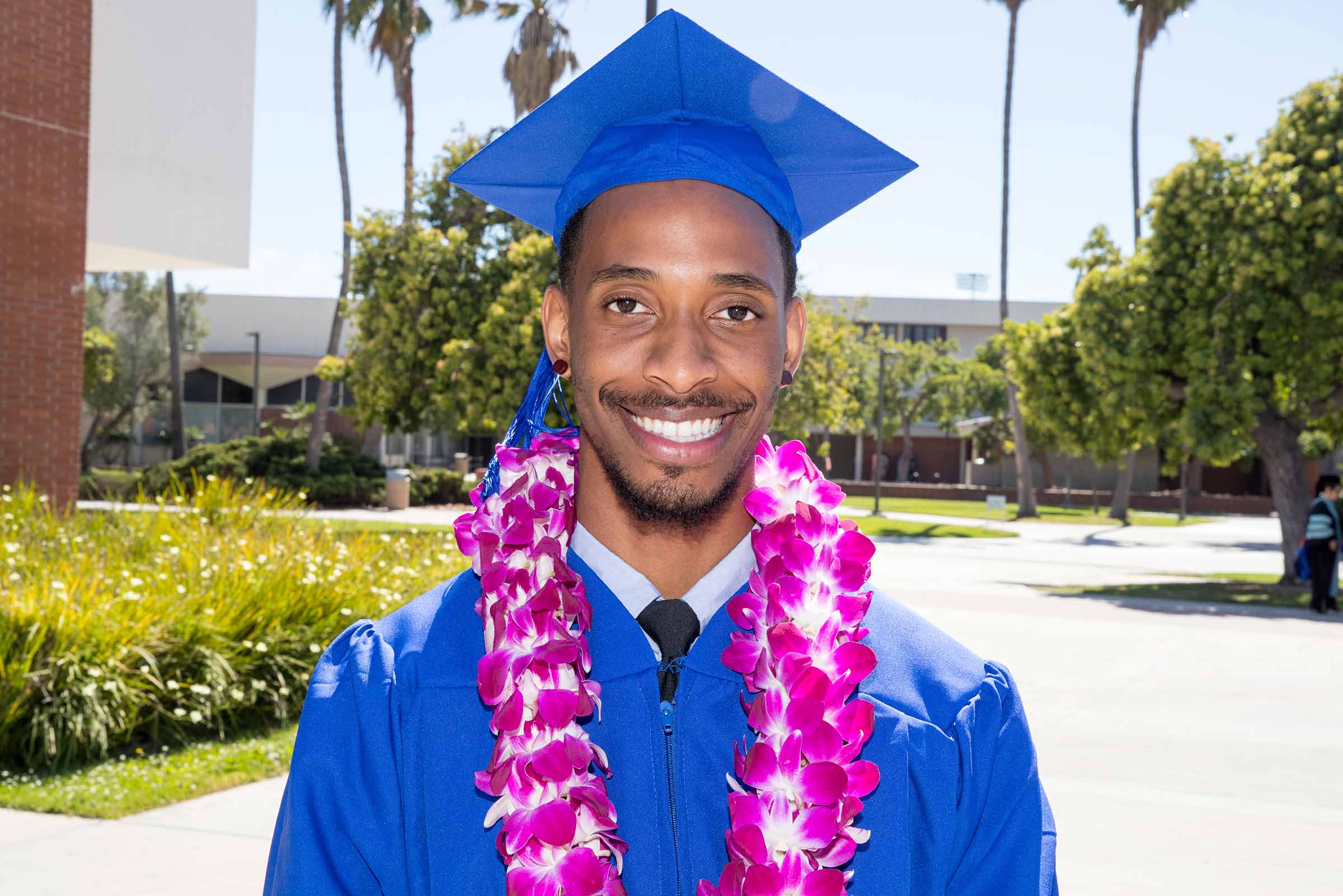 Many people might be terrified at the thought of speaking in front of a crowd of thousands, but Devon Williams said he enjoyed his time encouraging his peers during his commencement speech.

"I loved it; I was just hoping I wouldn't go over my time too much," Devon said. "I love being on the stage."

Devon, a 2011 graduate of Redondo Union High School, was the student speaker representing the Class of 2017 at El Camino College's spring commencement ceremony. The communication studies major said he hoped to encourage graduates to pursue education beyond an associate degree or certificate.

"I say if you see more in yourself, continue out your education and see what more you can provide to the world," he added.

Devon said he hopes to work in marketing in the entertainment field. After his transfer to California State University, Dominguez Hills to pursue a bachelor's degree in public relations and communications, he plans to spend his time establishing as many connections in the industry as he can. He discovered his love of public speaking and communications after taking a class with communication studies professor Diana Crossman. Soon, he was coaching students in oral interpretation as part of an independent studies course under professor Crossman. Devon said El Camino College helped him build his foundation in higher education and discover his strengths in the communications field.

"El Camino College was a stepping stone to help me realize my true talents," he added.