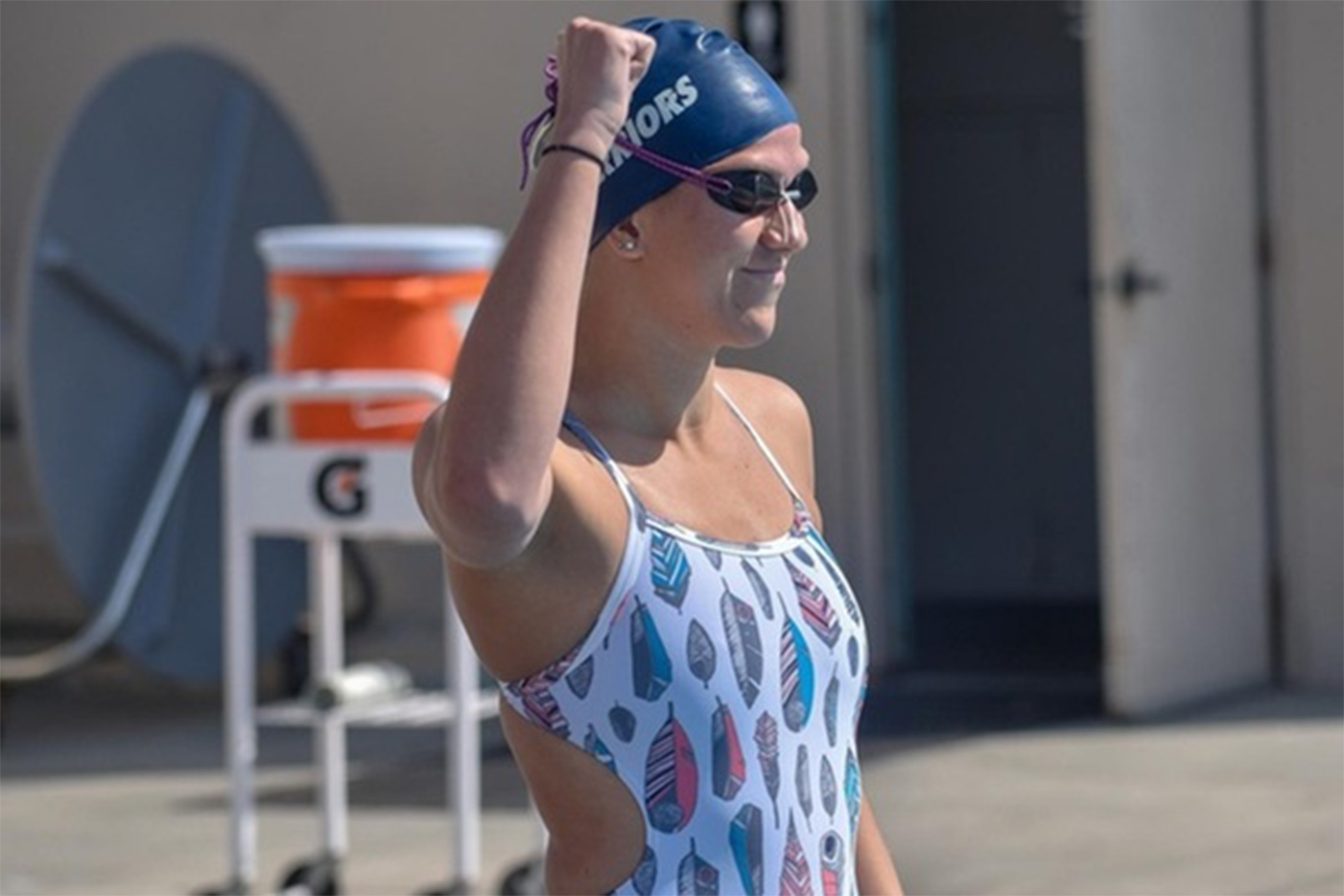 El Camino College swimmer Ida Due will graduate this June as one of the most accomplished student-athletes in the history of the Warriors swim program. She will continue her athletic career at San Jose State University this fall and is looking forward to competing in the Division I program while also working toward a bachelor’s degree in exercise science.

A state record holder, Due also holds the ECC pool record in the 1,000-yard freestyle with a time of 10:50.98. She additionally posted a top-15 time in 16 of the 18 events in which the Warriors compete. Due holds the record in the 400 individual medley, 1,000 freestyle and 1,650 freestyle, and recorded top-5 finishes in seven other events.

Due's winning record has resulted in many memorable experiences as a student-athlete, but a quiet moment on the team bus headed to the state championships during her freshman year stands out.

“I realized I was sitting in the van with my coaches and teammates who made it possible for me to even go to state,” she said. “Without them and their support and motivation, the chances of my competing in the state championships would have been slim. I was so grateful for that opportunity.”

Due enrolled in El Camino College in 2018 after graduating from Palos Verdes Peninsula High School. She decided that El Camino would allow her to stay close to home so she could continue her job as a swim coach, work on her own aquatics training, and save on enrollment fees.

Her sophomore year was off to a fantastic start earlier this spring, as Due won eight times in two events to go along with six wins in two dual meets. At San Jose State, she is excited to compete and advance her education toward her goal of becoming an athletic trainer.

“The best part about being a student-athlete at El Camino College was being able to do what I love every day, not only swim and build a connection with my teammates, but also begin my education to secure my future profession,” she said.

“To me, being a Warrior means to always do my best. It means that I will always respect my school, even when I transfer or when I go into my profession in the future.”