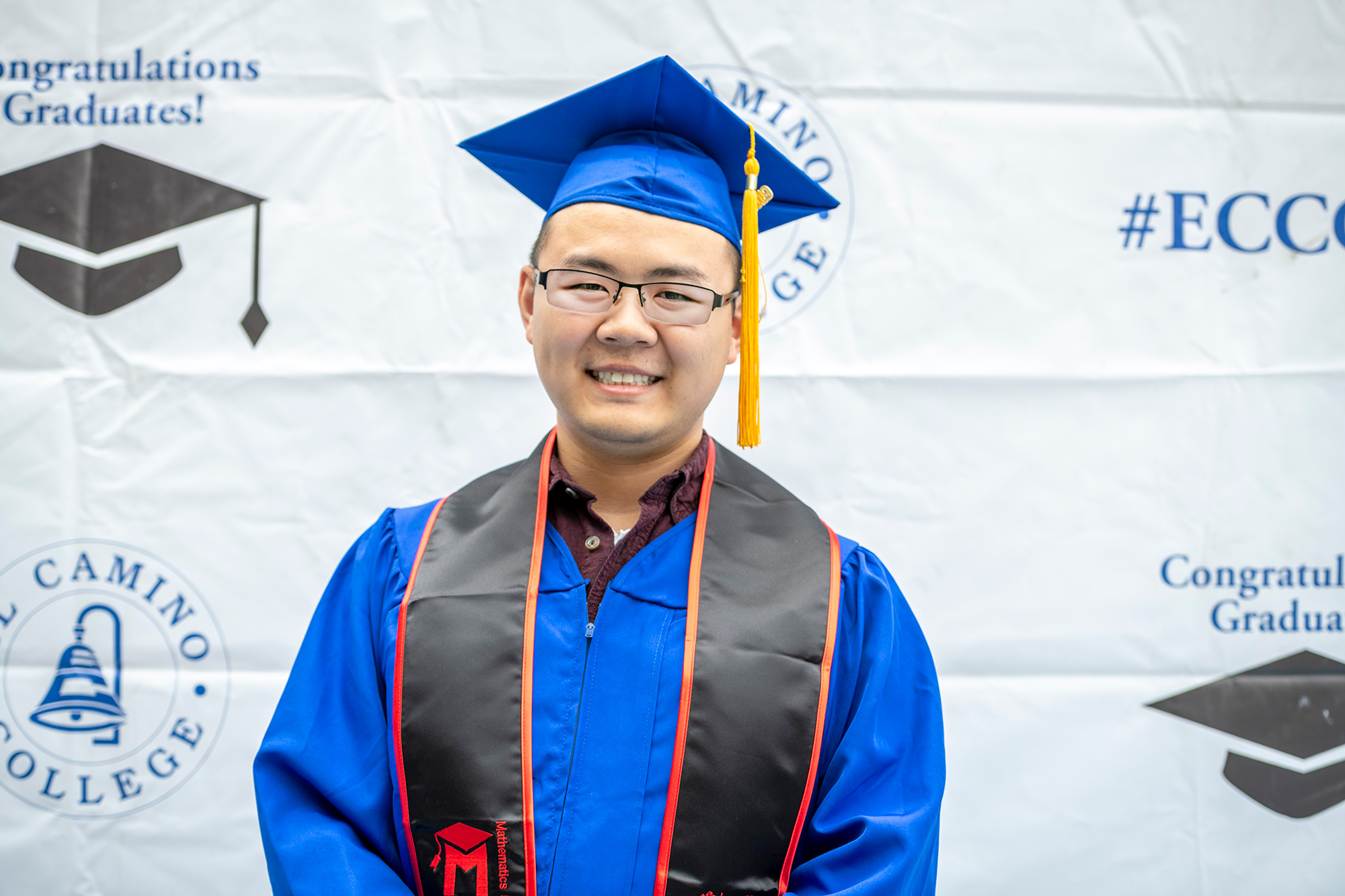 Recent ECC grad Jack Yueshuwei Wu will transfer to UCLA this fall with decidedly different career goals than he started with five years ago. The way Wu sees his education/career path, it is the growing and changing that has made all the difference.

After graduating from high school in his native China with less-than-stellar grades, Wu started a new life as an apprentice carpenter on a construction site in his hometown. Twelve-hour days were filled with carrying heavy building materials from the basement to the fourth floor where he built walls and ceilings. His daily wage was $5. After eight months on the job, Wu realized how difficult life can be without an education and was invited to join his parents in the U.S. Ever appreciative of this chance to start over, Wu enrolled in El Camino College with the goal to become a doctor. However, he took a couple of physics classes, and decided he wanted to explore more in the fields of math and physics. Wu switched his major to applied math and took an average of 18 units each semester while working 25 hours per week as a math teaching assistant and a Supplemental Instruction (SI) coach.

The hard work paid off and he recently graduated with two associate degrees: one in applied mathematics and one in physics. Along the way, Wu won awards from the ECC math and physics divisions, in addition to the college's prestigious Presidential Scholar Award. He will also participate in an astronomical research project at Cal Poly Pomona this summer. In the future, Wu plans to earn a doctorate in physics and astronomy and become an astronomer who can apply artificial intelligence techniques into the field of observational astronomy.

Of the many lessons he has learned throughout his journey in higher education, Wu figures the most important is knowing that no one succeeds alone.

"I had a rough start at El Camino College, marked by poor grades and low motivation," he said. "I didn't know what I should do and what I wanted to do. But with support from El Camino College staff, I discovered my passion for science again and became a straight-A student. After meeting so many challenges, I then decided to repay the community, so I became a teaching assistant and SI coach. Some students believe school is not the right place for them; I have made it my goal to help these struggling students."