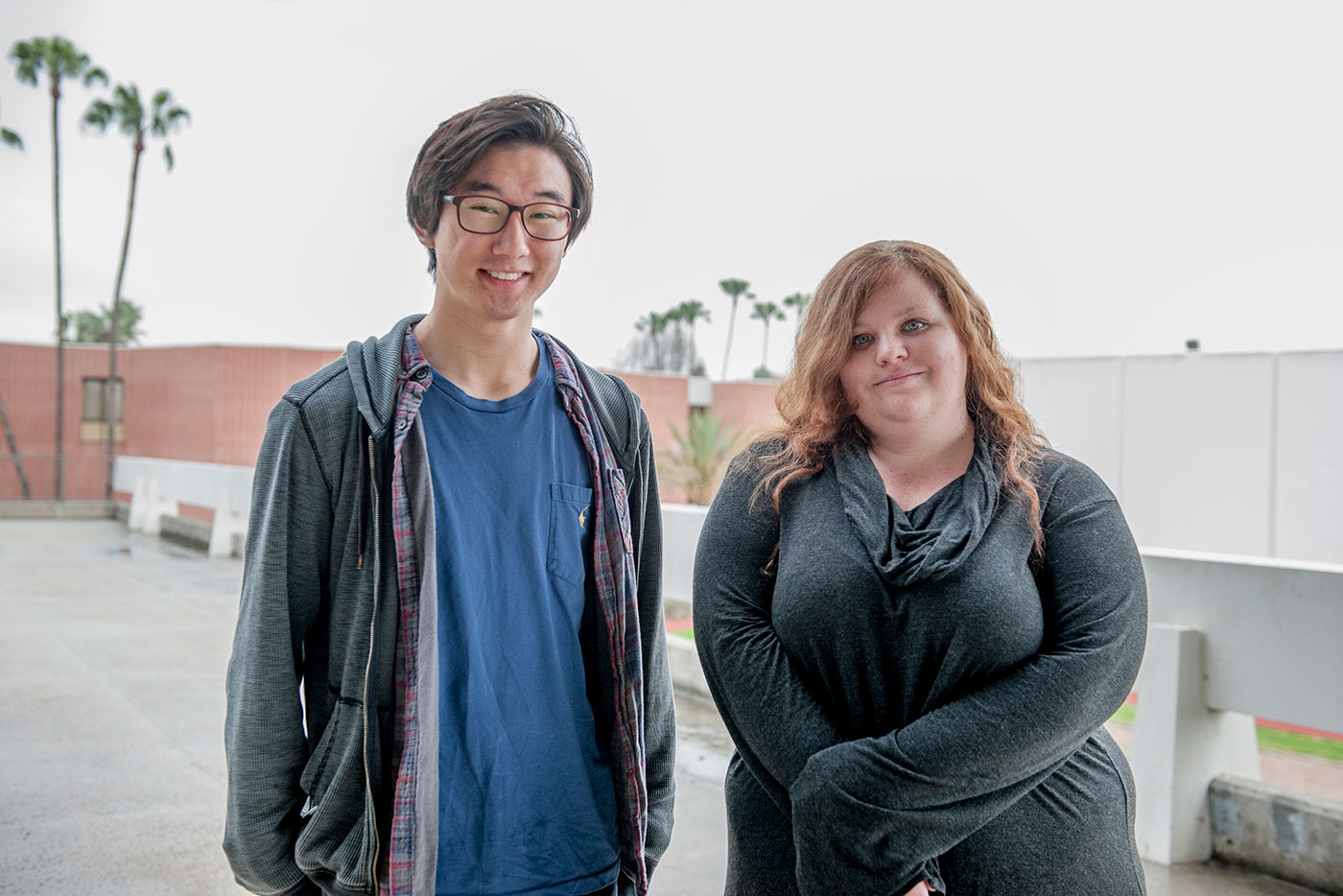 Lee, a 2014 graduate of West High School in Torrance, said working on the large Disney production was an extraordinary learning opportunity. He assisted the camera department, a position he hadn't considered before he was offered the position.

"I thought it would be pretty cool to get an inside look at the more technical aspects of a professional film production," Lee said. "To get to participate in this project is awesome; I feel really grateful and blessed."

Lee said he got into film "indirectly" by making videos of his friends skateboarding, editing clips together and adding music. In high school, he bonded over movies with friends and watched classic, independent, and foreign films.

Pierce, who plans to transfer to California State University, Long Beach, worked with the props department putting props together, fixing broken props, and helping with the design and manufacture of props the film director requested. She said the experience sparked an interest in her for some of the more "nitty gritty" work that goes into a film production, she said. The 2014 Redondo Union High School graduate said the Disney production was eye opening.

"It was amazing," Pierce said. "All of the sets were gorgeous, and everyone was so nice and great to work with."